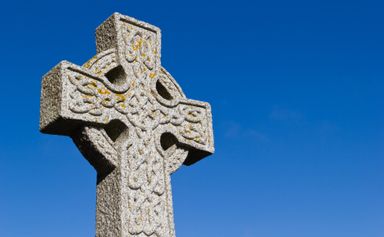 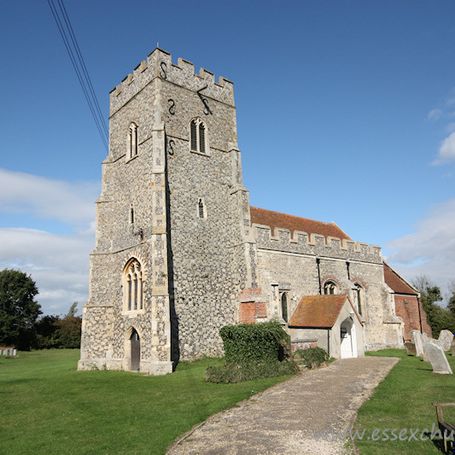 Please follow these guidelines: wear a mask, maintain social distance, sanitise your hands on entry and exit, do not touch anything more than necessary and clean anything you touch with an antibacterial wipe. Please also register your presence using the NHS barcode posted at the entrance to the church or record your contact details with us.
We are currently working in close partnership with All Saints Church Creeksea and are holding joint Zoom services  on a Sunday morning. Services are also planned for Thursday mornings at St. Andrew's church.

Information about our church

In this section, you will find most things you might want to find out about our church. Please contact us using the form at the foot of this page if you have any further enquiries. 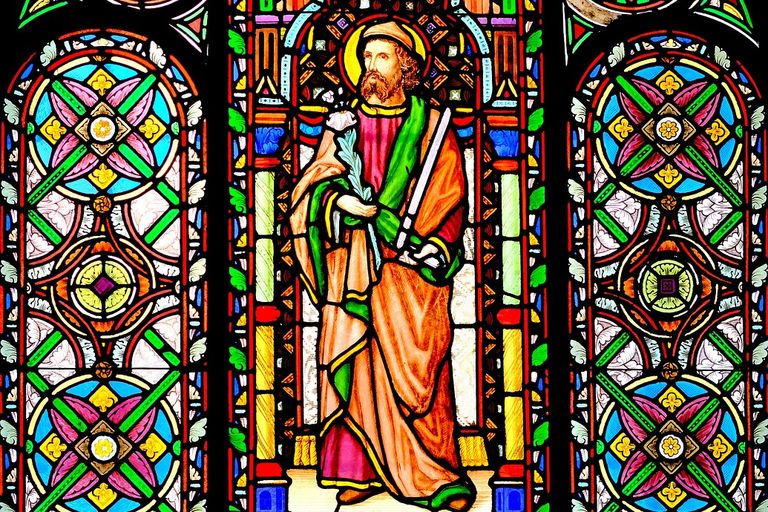 Presently, we hold morning prayer on Thursday mornings at 9:30. We also have Sunday morning Zoom services with  All Saints Creeksea Church.

If you would like further information, please use the Get in Touch form at the bottom of this page. 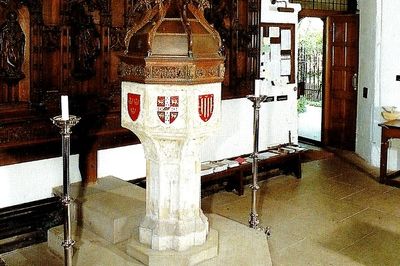 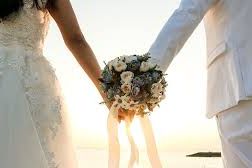 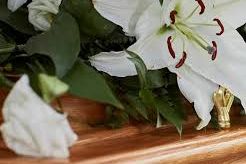 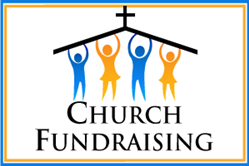 At present, St Andrew's Church, Althorne, requires extensive and expensive repair. It is a central focal point of the village that's stood for over 700 years and we'd like it to stand for another 700! Please support us to achieve this - every penny counts! Thank you! Please click on this link for more info. 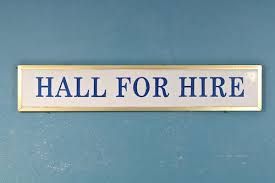 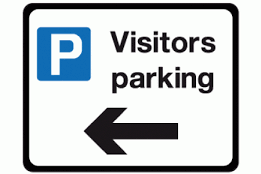 In this section, you will find most things you might want to find out about our church. Please contact us using the form at the foot of this page if you have any further enquiries. 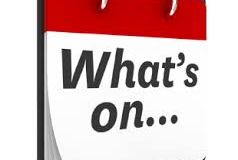 Please use the get in touch section at the bottom of this page to obtain more information for these events. 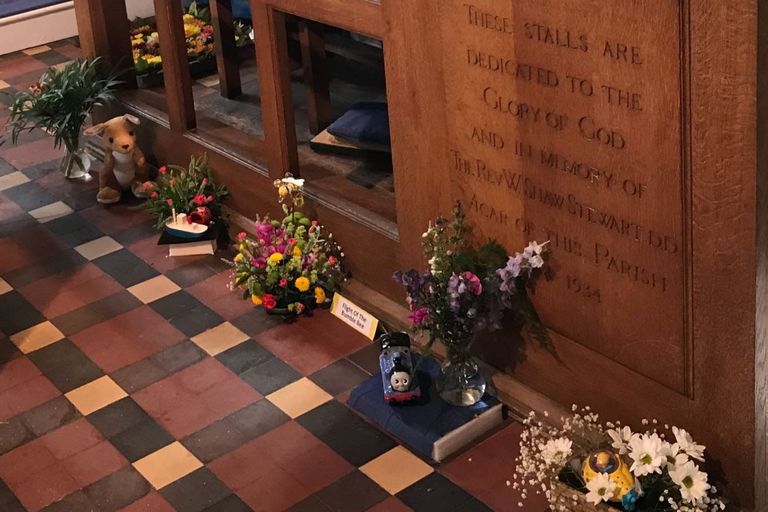 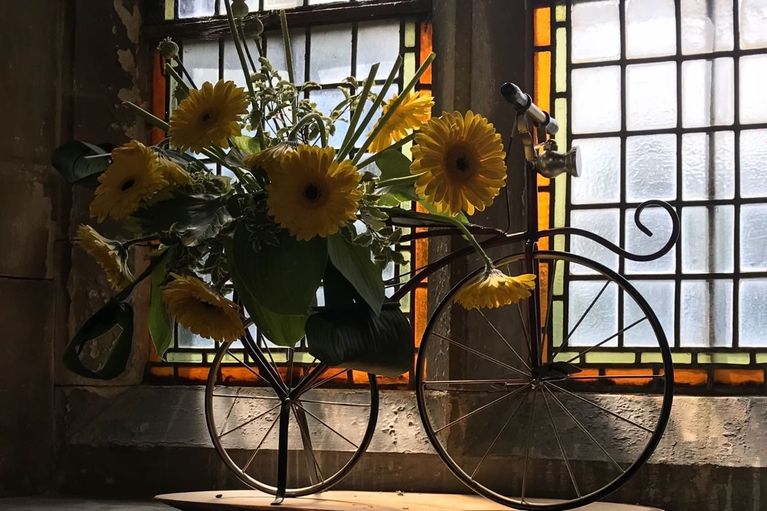 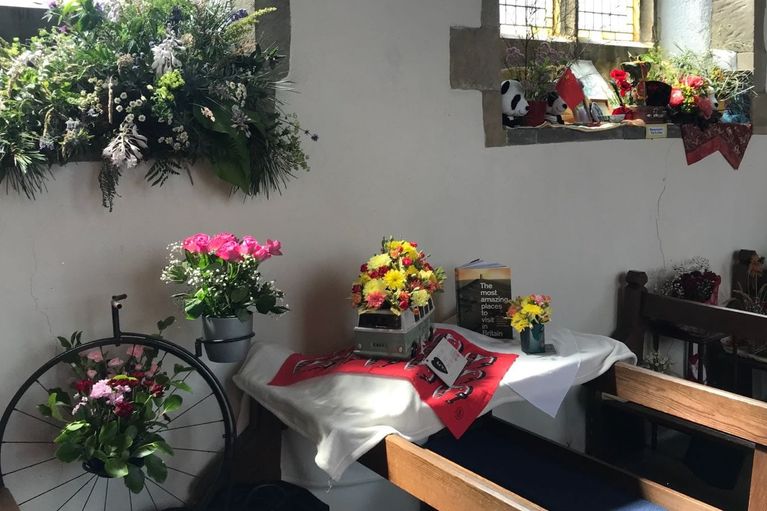 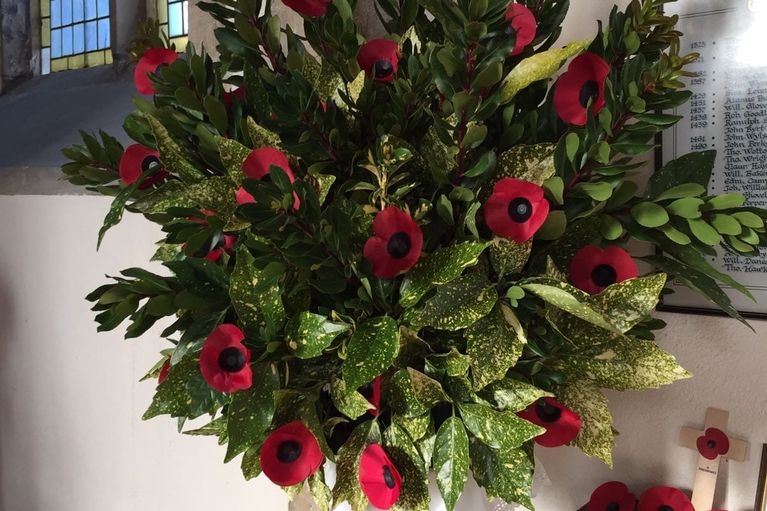 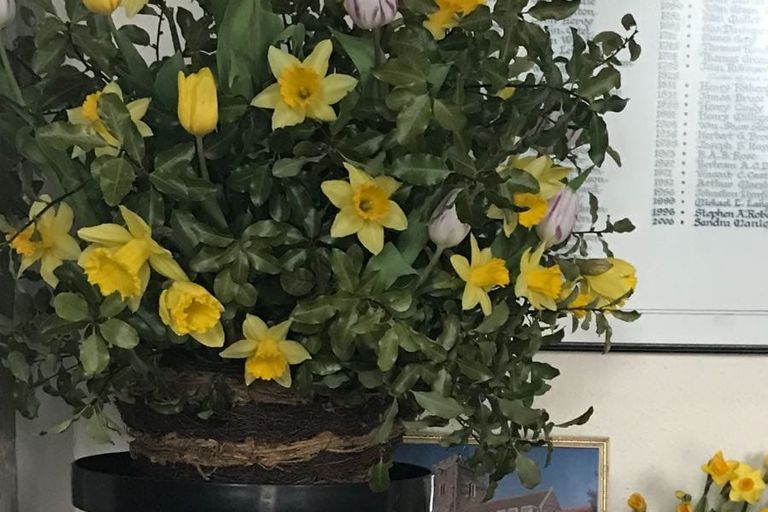 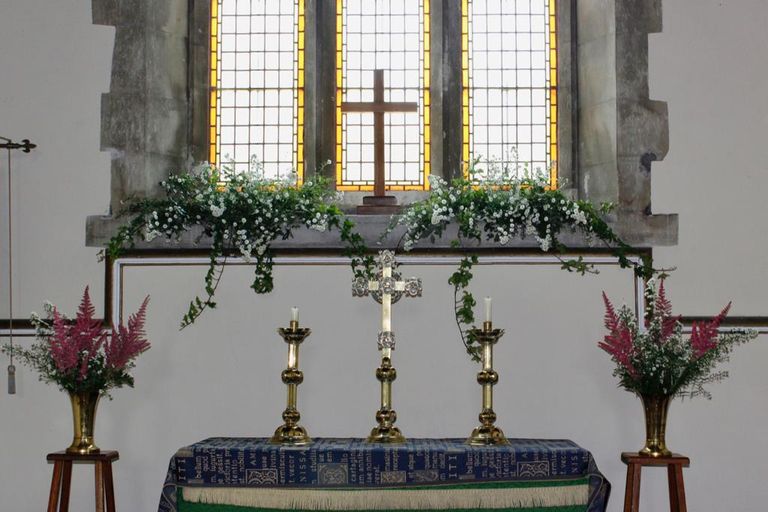 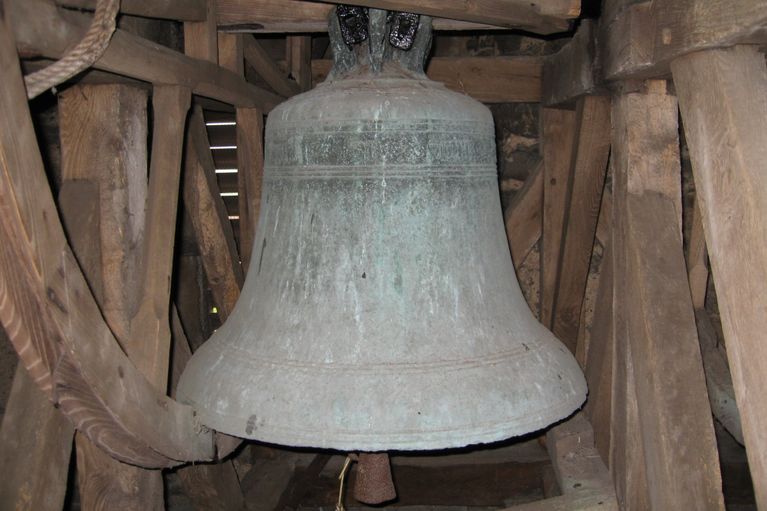 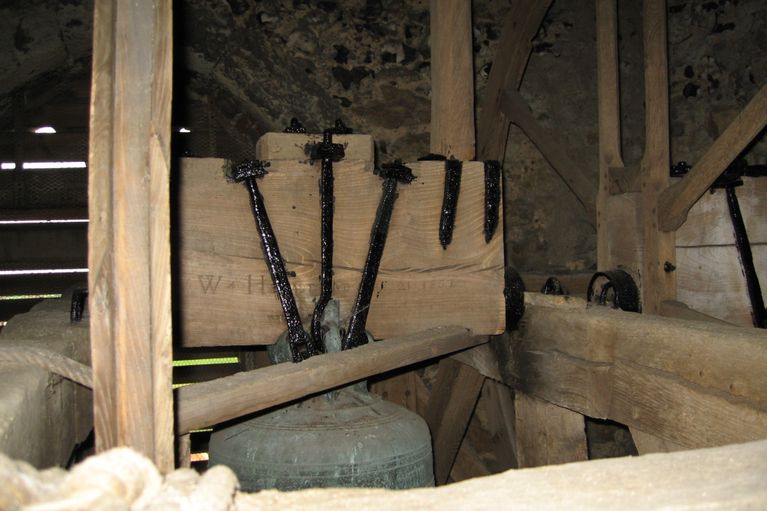 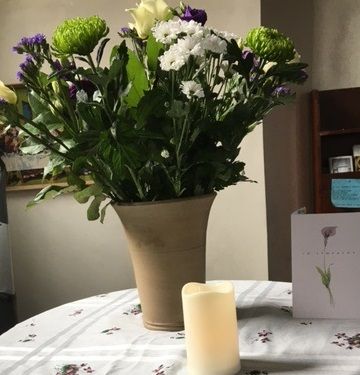 In loving memory of Tom Fogg. May his soul rest in peace.

We were blessed with good weather for the day. This was a lovely day for the village community of Althorne to come together in aid of raising funds for the church repairs.

We need your consent to load this map

We use a third party service to embed maps content that may collect data about your activity. Please review the details and accept the service to view the map.

How to find us

St. Andrews is located off the B1010 Fambridge Road. Entry is via a narrow road next to the Old Vicarage. Parking is very limited. Parking is available in the Church Hall car park on Summerhill.

In early times the Parish of Althorne belonged to St. Paul’s Cathedral. By 1120 a Bishop of London had founded the Priory of St. Osyth, near Clacton and gave Althorne with other parishes to his new foundation. The fact that a church was endowed in about 1225 is confirmed in a Charter from Henry III, dated 11th September 1268. The first known incumbent was Henry Mot, a Chaplain from Kelvedon, who was instituted on 25th September 1323.

After the Dissolution of the Priory of St. Osyth in 1535, Henry VIII gave the Lordship of the Manor of Althorne (along with 100 more), to his agent, Sir Richard Rich. It remained in his family until 1593, passing to the Wisemans of Mayland, to Lord Stourton in 1745, and so on. The present Patron is the Lord Bishop of the Diocese of Chelmsford. Althorne and Creeksea were united as one Benefice from 1795. In January 1980, the group of Crouch Valley Parishes was formed, comprising Althorne, Creeksea, Latchingdon and North Fambridge. Rev. Vincent Castle, the incumbent at the time was also the last Rural Dean of the Dengie Deanery from 1974. In 2008 Creeksea became a separate parish and Cold Norton and Stow Maries joined the Crouch Valley group.

The Church is much restored though the form of the Late Perpendicular building remains, with walls of flint and stone rubble.

The CHANCEL, with brick walls, was built during the 16th century but has a modern East Window. The two early windows, with cinque foiled lights and vertical tracery, and the Chancel Doorway have been restored. The Chancel Arch is modern though the stone responds may be 14th century. A Victorian screen was removed in the 1940s. Sets of four beautiful Altar Frontals and Palls were made in 1964.

The NAVE (38’ x 20’) was built in the late 1400’s. Part of the upper and lower doorways to the narrow rood loft staircase are seen at the east end. They are blocked and formed into a projection. The South Doorway has moulded jambs and a four centre arch, with a painting of the Royal Arms set above. A similar North Doorway opposite is now blocked. The piscina and drain in the South Wall, and moulded bracket on the North Wall are 15th century. The roof timbers and many alterations and repairs were made for Rev. Henry Milligan, by a Faculty of 1884. The Pipe Organ was moved to the west end of the Nave in 1948. A picture of ‘The Last Supper’, worked in 1979, hangs on the wall below the Minstrel Gallery. The Porch is 18th century.

The FONT, dated about 1400 is said to be the finest early 15th century Font in Essex. Pevsner, however, was not impressed! It is an octagonal bowl with seven sculptured panels and a moulded base with flowers. The panels represent the Martyrdom of St. Andrew, the Baptism of a Prince (in a similar font), a King and Queen, a Seraph, two men with scrolls, a man and woman, two figures of men. The Font now stands on a memorial stone to Elizabeth Gordon.

The BRASSES were probably made in London. An inscription below a missing principal effigy reads ‘Of your charity pray for the soul of Margaret Hyklott which deceased 27 August 1502’. Below are 6 ½ “ figures of two daughters, one a nun. William Hyklott is represented full faced, long hair, long civilian robe with wide fur cuffs and broad toed shoes. He ‘paide for the werkemanship of the walls of the church’ and died on 16th September 1508. Two smaller brasses represent The Holy Father and The Blessed Virgin and Child. There is no further history of the Hyklotts.

A Wall Brass in the Nave commemorates three local boys, drowned when their boat capsized in the fast running current of Bridgemarsh Creek on Easter Monday 1919.

The TOWER has an embattled parapet with flint inlay in a trellis work of ashlar. It was built in 1500 by John Wylson and John Hyll. An inscription over the West Door (now badly eroded) asks prayer for them, “Orate pro animabus dominorum Johannis Wylson et Johannis Hyll quorum animabus propicietur dues amen”. The West window is modern, flanked by two plain brick crosses The Bell Chamber, with a window in each wall, contains two bells. The larger one, with the lighter tone, was made by Thomas Harrys in about 1480. The smaller bell is inscribed “Miles Graye made me, 1638”. The Tower was restored in 1875 and in 1976.

A mediaeval SCRATCH or MASS DIAL is set in a Nave buttress on the South Wall near the porch. An oak peg in the centre was used to cast a shadow for the priest to indicate time of the next Mass.

The SUN DIAL pillar was originally from St. Margaret’s Church, Westminster, and was presented by the Spencer-Smiths in memory of two sons killed in the Great War.

THE VICARAGE. Kelly’s Directory 1848, refers to a good Parsonage with 6 acres of glebe. Rev. Henry Milligan built a new Vicarage in 1862. This and some of the land was sold in 1972 and the present Vicarage built in 1977. The house known as “Silver Ley” was used temporarily as the Vicarage from 1971. Access to the Church was much improved by the surfacing of the Chase and Car Park.

ALTHORNE WAR MEMORIAL was paid for by public subscription and erected, in Lych Gate style, by voluntary labour on land given by the London and North Eastern Railway Company (L.N.E.R.). The cost to the Parish was £252. The Memorial was dedicated by the Bishop of Barking on Sunday 11th July 1926.

ALTHORNE is not named in the Domesday Survey of 1066, probably because it was then held by a Bishop of London as part of his vast Manor of Southminster.

In the distant past Althorne formed the three Manors of:

It has been recorded that a Fair was held on June 5th but there are no details.

Althorne is of course marked on many early maps. The Church and Oyster Layings in the Creek are clearly shown in a charming drawing of the Crouch Estuary, of about 1775. “Sighting lines” had evidently been used in the preparation of the sketch and the one from a point north of Foulness to St. Peter’s, Bradwell, is well defined.

In Chapman and Andre’s Atlas of Essex, 1777, Althorne Hall, Stokes Hall, Barns and Mansion Farms are shown, with smaller buildings in the area of the Black Lion, the Forge and Church Chase. The population was then about 350 and the most important land-owners were St. Bartholomew’s Hospital, with extensive interests in the area, and the Wilson family.

A typically “long” village, Althorne had a population of less than 500 until its recent development. With definite plans for main drainage, River View Park expanded in the 1960’s and two housing estates were developed in the 1970’s. The population has more than doubled in 20 years. There is of course much interest in the people and places of the recent past. Village histories are seldom spectacular – that is part of their fascination, and Althorne is no exception.

A framed Chronological list hangs on the North Wall of the Nave.

- named for its wildness, covered with forest trees. The second element is clearly “thorn bush”; the first is old English for “burned”. Through the centuries, various spellings have been:

These notes were compiled by Joan G. Bull 1973 and revised 1988 and 2010
There was an error submitting your message. Please try again.
Thank You! Please make sure you have entered your email address correctly. We will get back to you as soon as possible.

Please click on link for A Church Near You. 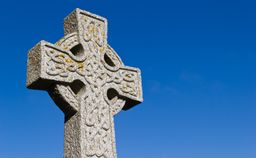 Why not visit one of our churches?

This site uses third-party website tracking technologies to provide and continually improve our services, and to display advertisements according to users’ interests. I agree and may revoke or change my consent at any time with effect for the future.
More

This tool helps you to select and deactivate various tags / trackers / analytic tools used on this website.